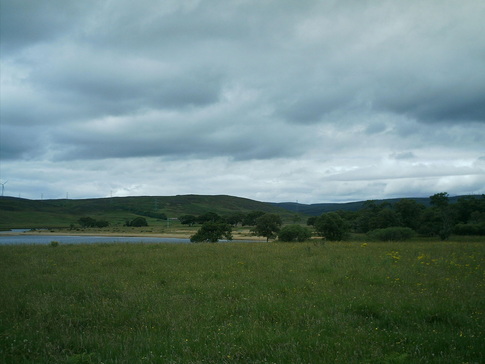 Clothing =
The Kingdom does not approve of any style of human clothing, partly due to Eileen’s insistence on wearing practical separates at all times and especially when flying. Eileen is seen as letting her people down and that humanity’s corrupting influence led to her doing this.  Quietly, the Queen has had copied some beautiful gowns she’s seen on Earth or has created some magically which look similar to that worn here but she doesn’t draw attention to this.  Generally it is felt skirts are too short, nobody can understand those who wear their trousers so their underwear shows (in the realm if you want to show your knickers, you just get on and do so and it’s usually done by sprites when either drunk or fighting other sprites as revealing underwear is considered an insult) and underwear, even the sexier type, should be designed for comfort too.  You won’t find a thong in the Fairy Kingdom!!

History =
The story of the realm’s life the government feels should be told.  Mind, that doesn’t just apply to the Fairy Kingdom.  Eileen has a huge respect for history.  Records are important.  The Queen agrees to an extent but insists that “proper” records are kept with only “true” information.  Eileen often queried what the Queen meant by those terms. These queries were not welcome.


Geography =
Logically this is the study of land and climate and these should in the case of land be fixed and in the case of climate follow a pattern.  In the Kingdom, land is occasionally known to move (usually because some dodgy magical character has done this to show off) and climate can be altered by spells. On Earth only dramatic events like tsunamis, earthquakes and volcanoes cause land shifts/slides and the climate is being altered by our behaviour.  Naturally the Kingdom looks down on humanity for this.  If we’d altered the climate due to improving our magical abilities, they’d have not had a problem with it.
Powered by