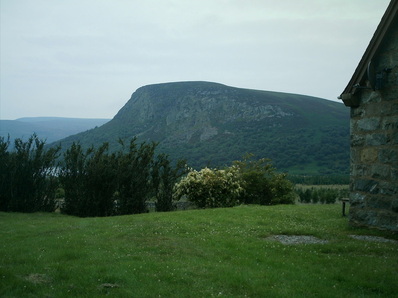 ALL ABOUT FRESDIAN (LATER ROSE)

Fresdian (later Rose) was the Kingdom’s equal
to David Attenborough as she adored flora and fauna
and wrote widely.

FNN carried out many interviews with her
(but not with Roherum as Fresdian refused to be
interviewed by an idiot so Roherum’s anonymous deputy
took over – and he’s anonymous on Roherum’s say-so).

Had she been allowed to do so, Fresdian would’ve explored all worlds and dimensions.
Later, Fresdian goes to Earth to oversee Stan and Wes’s exile.
She manages the pair well, much to their surprise.
Fresdian adapted to Earth so much she never returned to the Kingdom and died the “human” way.

That is one view of Fresdian - the less sympathetic Eileen view follows!

Fresdian (Rose) was a conniving fairy godmother who hid her true skills
behind a mask of being an eccentric fanatic of all fauna and flora around the universes
because she’s seen how the fairy royals have made use of Eileen,
continually endangering her, and Fresdian wants none of that herself.

Fresdian ecomes desperate to have a child of her own.
This is a fairy-related illness when fairies get to a certain age and haven’t been married off.
She is prevented from stealing an Earth child.  Later, she is sent to Earth to make a new life there
with the fighting sprites, Stanrock and Whespy.
This is very much a case of the Queen getting three troublemakers out of her way.

Fresdian is knowledgeable, tart, not easily fooled and passes on her blood-inherited gifts to Jennifer,
partly to annoy Eileen, partly to trigger Jennifer’s own inherited magic, and partly because Fresdian can be bloody minded.
Fresdian does the unthinkable by dying on Earth the human way instead of returning to the Kingdom for that.
Even Eileen hadn't contemplated doing that.