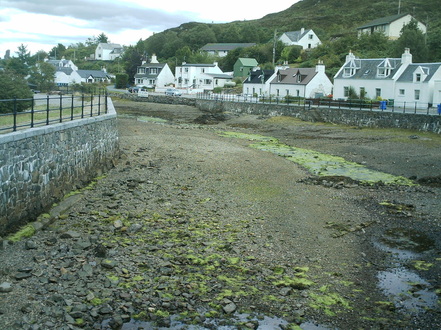 Boredom =
Something only weaker minded humans could invent, Eileen believes.  After all her Derek is never bored - and he certainly isn’t when he finds out what she is!


Daytripper =
Someone who visits Eileen’s town on a whim and gets in the way of the locals.  In fairness it isn’t just Eileen who has that view.  Even the kind hearted Derek has been known to complain bitterly when tourists either crowd the route to the garden centre or, worse, go into it and buy plants and other items Derek had his mind on.


Wildlife Documentary Maker =
Someone who shoves their camera into the sex lives of animals and birds and who ought to know better in Eileen’s view.  She is of the thought that unless you’re a total imbecile you will know you need a male and a female for reproduction but you don’t actually need to show this on screen.

Work = Food for the soul.
Eileen considers unemployment as one of the less publicized evils.  She can’t imagine anything worse than not being busy.  She also considers humans working and providing for each other as one of our virtues, not that the Fairy Queen agrees.  It’s easier for her to assume there are no virtues.  Eileen thinks her cousin wears her prejudices like an awkward comfort blanket.

Suffragette = Heroine. Eileen, before defecting, made sure she was coming to an era in Earth time where there were at least some female equality regulations.  Eileen doesn’t understand though why actresses want to be known as actors now.  Her attitude here is be equal and be proud of your status as a woman.  Actor to her doesn’t confer that.

Red carpet events = A Day Out for Non-Entities.
Eileen generally not sympathetic!  She never had the red carpet out when she was carrying out royal engagements in the Kingdom, insisting she didn’t need it.  Everybody knew she was royal so why bother?  Whilst respecting the earthly Queen, Eileen has little time for protocol.  But then when you’re out fighting dragons all day, Eileen has had to learn to prioritize.

Bad =
As in having a really rotten day and having survived three assassination attempts all before coffee time at 11 a.m.  And Eileen has had a lot of bad days.

Questioning = Something Eileen refuses to face.
She has no time for nosey parkers.  Since being on Earth and watching investigative documentaries, she has seen the need for this kind of journalist but wild horses would have to drag the admission out of her.
Powered by