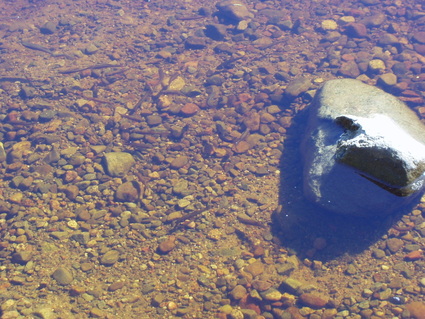 Winter = God’s resting period for nature.
Eileen sees winter as having its own beauty.  She also sees no point in complaining about bad weather in winter.  What else should you expect during the winter season?

Spring = God’s creative time.
While Eileen has some sympathy with hayfever sufferers, she sees spring as a time to be out and about.  She also sees spring as proof that humans are not the most creative species ever.

Gossip = Information source.  Eileen has put a stop to many a magical misdeed thanks to information gained this way.

CCTV = Cursed Contraption To (be) Voided.
Eileen hates the cameras.  While she has some respect for genuine investigative journalism, she sees CCTV as licensed snooping.

Fashion = Skimpy clothes which don’t flatter most women.
Eileen wonders if the designers really like women or whether they’re having a laugh against the female sex.  If she can ever prove the latter, these designers will be in trouble!

Stillettos =
Eileen occasionally wears these for going out for meals with Derek but this is mainly to prove she can wear them.  She wonders whether these were invented by someone wanting to drum up business for their chiropractice as goodness knows only how many women have had their spines put out by wearing these things.  Eileen doesn’t consider these as weapon.  She laughed like a drain at the Bond film where the woman has poison tipped blades coming out of her shoes.  Eileen considered these crude.  She never revealed where she kept her weapons.  It’s always best to keep the enemy guessing.

Silk Underwear =
In Eileen’s eyes (and Derek’s!), the best clothing invention ever…
Powered by